Welcome to the main course with Mo Bro chef Anthony Power! This time we have a meaty section from Anthony so we hope you’re not already stuffed from the starters we provided last time…

In this section, this Mo Bro Pro will share his chef experiences and thoughts on the hospitality sector. Get your forks and knives ready - bon appétit! 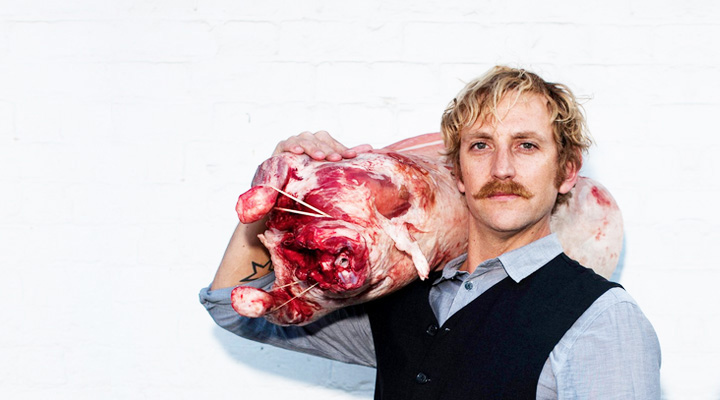 Why did you choose to be a chef?

I didn’t choose to be a chef – just kind of fell into it!

Which London restaurants have you worked for?

I haven’t worked in restaurants for quite a few years because I’ve been working for Movember since 2008, but before I was working for OXO Tower for about 4 years.

Where did the power of the Mo start from?

Well interestingly, when I came to London in 2005 I was the sous chef at OXO Tower. Back in 2005 and 2006 we were some of the first guys to say yeah we would do Movember because obviously I knew the campaign from back in Australia, so the power of the moustache went from being an unknown thing in the UK to the charity it is today. It all kind of started in London from a bunch of chefs and other antipodeans.

What is your favourite cuisine? Why?

It’s hard to say! I think if you are a “food person”, chef or ‘foodie’ as like they call people now; if you like food you like all cuisines. Everyone is so adventurous now. I quite like French cuisine because I was classically trained. I grew up in Australia and we have lots of pan Asian cuisines…Vietnamese, Thai, Japanese as there is a strong Asian community in the country, we’re a very multicultural country. I’ve worked in different countries such as Canada, USA and Mexico; it’s quite a mix match of influences. But if I have to die tonight, my favourite meal will probably be a starter of a dozen oysters with a glass of champagne. For the main course a 600-gram native breed steak, cooked medium rare, with some horseradish and maybe asparagus or spinach. For dessert, crème brulée.

Do you have your own restaurant in London?

What do you currently think of the hospitality industry in London?

It’s a tough question. I think it’s amazing, I think London is becoming one of the most incredible food capitals on the planet. I think the industry itself is getting torn between becoming brilliant and becoming horrible at the same time. The restaurants and chefs are working 80 hours a week, 7 days a week and it’s a tough industry to survive in. I think the hospitality industry here in London is brilliant. I think it is one of the best of the world. I don’t think a lot of people outside of London would say that but people working in the industry in London would probably back it up. There’s New York, Tokyo, London, Melbourne, I would not say Paris because I only know the Lyon region and parts of Spain. I’ve been in San Sebastian and Gerona. But I think London ranks up there; it is one of the best food cities in the world.

What are the most popular trends in the hospitality industry in London?

Well I think that’s it – trends are what become popular. I think recently in the last 5 years; pop ups, food trucks, things like Street Feast and pop up restaurants. The advent of social media in the last 10 years means that the route to market for someone wanting to launch their own business in food is easier. You can start to pop up in your social media to become a massive hit in a shorter amount of time. And then there is potential to get funding through platforms like Crowdfunding and Kickstarter however 10 years ago there were no chances to do that…

What would you like to see happening in the hospitality sector?

I would like to see chefs getting paid what they’re actually worth! I think a lot of chefs get well underpaid especially for the amount of time, effort and passion that they put in. Really, they get shafted. The amount of work that they do, their passion and what it takes to become a chef; for all this chef wages are pathetic. Across London, across Britain and across Australia. 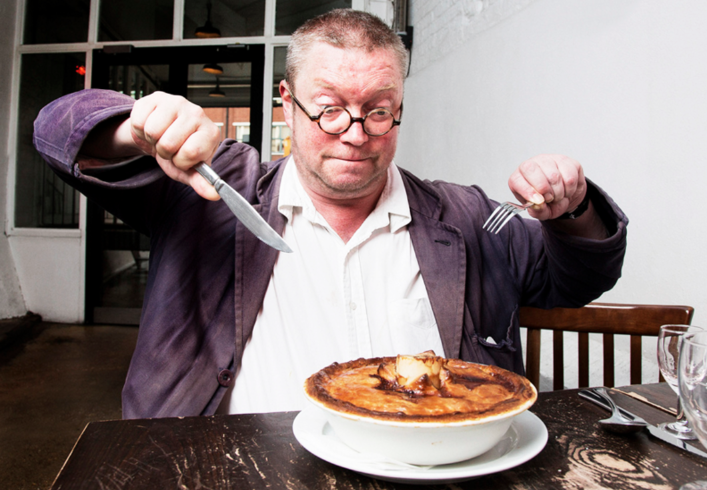 What do you think Millennials want from their dining experience?

I don’t know, I’m not in that age bracket, haha…

I’d imagine that they’d want good value and good service. You don’t mind if you go out for a special meal and spend a lot of money but you want it to be worth it, you want everything to be spot on. But if you go to a burger joint, you still want the fries to be cooked properly; you don’t want to be waiting an hour for it. You just want good service, good hospitality and good value.

What are the popular young restaurant brands?

Hmm, in this day and age it’s hard to say as there’s so many. Personally, some of my favourites at the moment are The Clove Club, they do some amazing stuff and are based in Shoreditch with great staff. All the people working in the Street Feast, the ETN group of pubs and Caravan to name just a few…

I don’t think it’s just one thing that makes it trendy; it is a combination of things. Firstly, what are you selling? The product needs to be good food. Secondly, you need to have incredibly good staff that believe in what you are selling because then they become ambassadors for your business. Thirdly, you need customers. If you have customers coming in because they like the food and the staff, those customers also become your ambassadors. They will walk away and tell their friends about it. A combination of good produce, good staff, and a good ethos.

Are you agreeing with the sugar tax on all sweet drinks served in restaurants?

Hmm, that is a tough one. I believe in the concept of what they are trying to do. Personally I drink Coke once a week and that’s usually when I am hungover… There’s no doubt about it though, that the sugars we eat in all kinds of food especially processed food is bad for us. Our bodies are not meant to have that amount of calories from sugars. So the sugar tax, fine bring it on. They’ve done it to cigarettes too. I think if you do some research, you’ll find that sugar needs to be taxed higher than wine, alcohol and everything else. It needs to be a luxury item. Anything that stops us from getting unhealthier is positive. That’s a good thing about Movember and the MOVE programme, it’s to get people more physically active and take control of their own health.

Where are your culinary hotspots in London?

I would have to say my top 3 hotspots are ; St John Smithfields, Oxo Tower and Street Feast in Dalston.